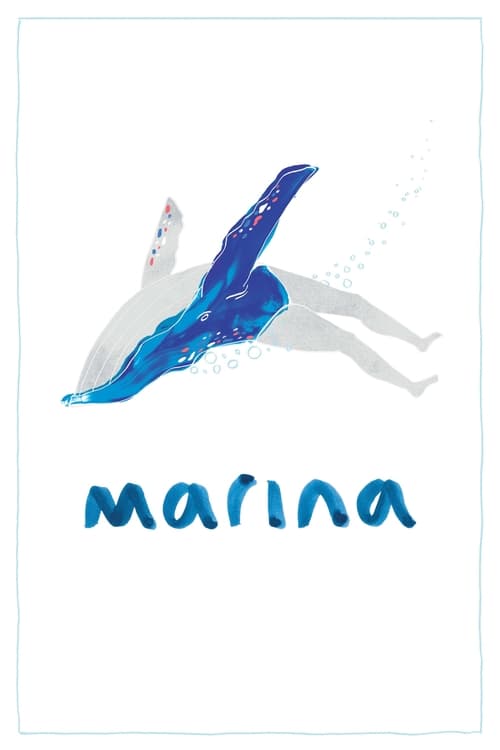 Marina, a woman who dreams of becoming a whale, is faced with having her deepest desire declared a mental illness. Finding herself trapped and cornered, her only escape is transformation. 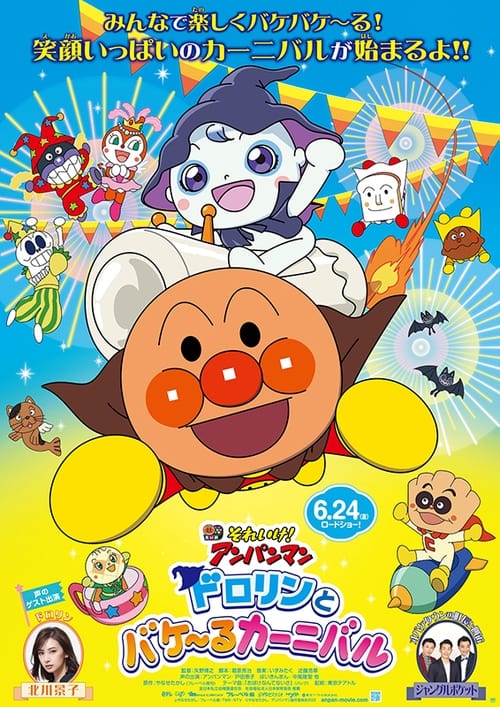 The stage this time is Baquel Carnival! It's a fun festival held in Obake Town, a cute and fun city of ghosts that can be transformed into anything! Children truly enjoy the amusement park-like glamorous and exciting Baker Carnival. However, only the ghost boy Dolorin, who is not good at transforming, can not enjoy it, so he is alone. Such Dolorin deepens the bond while encountering Creampanda. They head to Ozomashi no Mori in search of the cloak that has the most transformational power in the world, but Baikinman appears there and rampages to mess up the Baker Carnival with the power of the cloak! Can Anpanman and others protect the fun Baker Carnival from Baikinman? 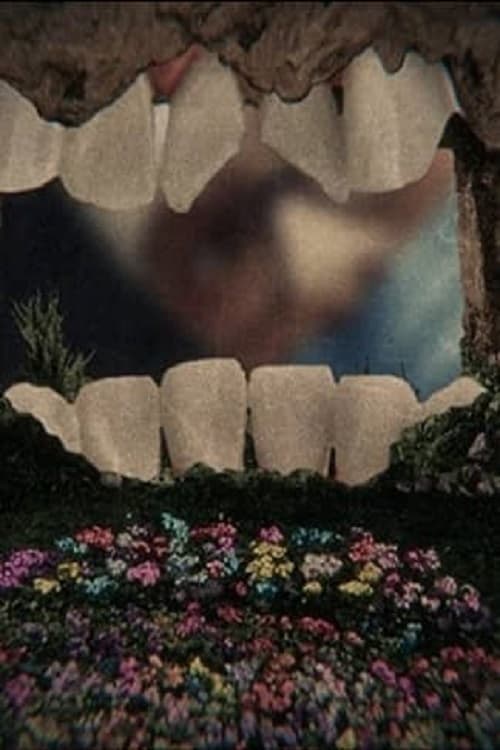 A short movie from the popular series 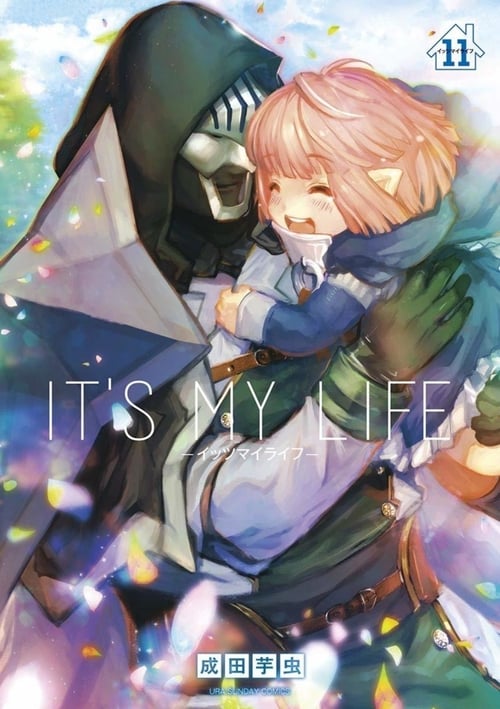 Animation Comedy Fantasy
It's My Life (2019)

Astra Ludger Doomsday, former captain of the royal knights has finally achieved his dearest wish: To retire and use his savings to get his very own house. But not long after finally arriving at his sanctuary, a young girl crash-lands into his house. The girl is an apprentice witch and seems to mistake Astra for someone else. 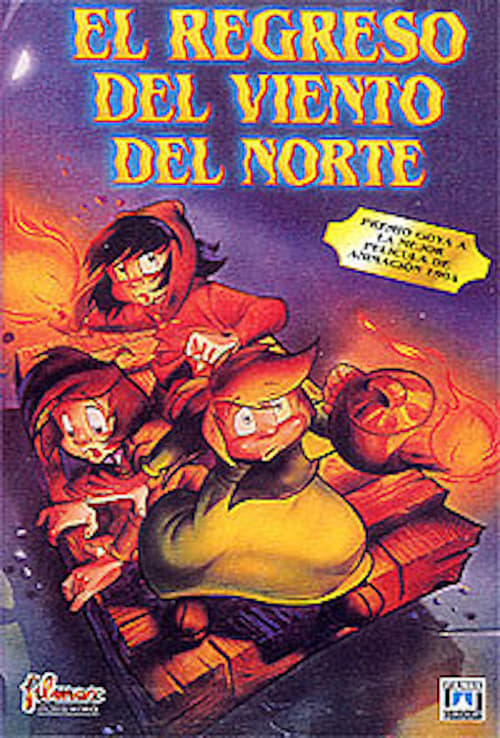 Animation Fantasy Adventure
The Return of the North Wind (1994)

Sequel of "The Legend of the North Wind."

In a search for a place to settle down, the three friends, Blue, Yellow and Green find their friendship being ruined by greed and headless competition. Only when Blue and Yellow have destroyed and used all surrounding natural resources in their race to build the tallest house on the beach - they discover that Green has found the true values in life on a mountaintop, in harmony with nature, surrounded by family and love. 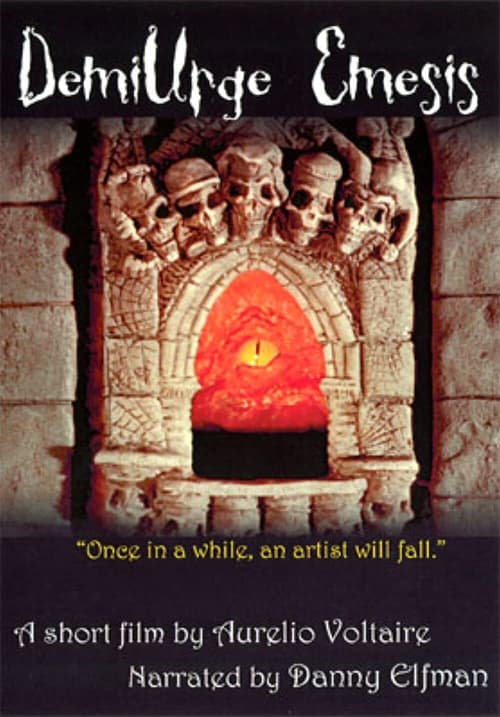 A mummified cat is tormented by the skeletons of past meals in this stop-motion short by MTV and Sci Fi Channel station ID veteran, Aurelio Voltaire. The 4th in his "Chimerascope" series of animated shorts narrated by singers, DemiUrge Emesis is narrated by composer and singer extraordinaire, Danny Elfman and has an original score performed by chamber rock ensemble, Rasputina. 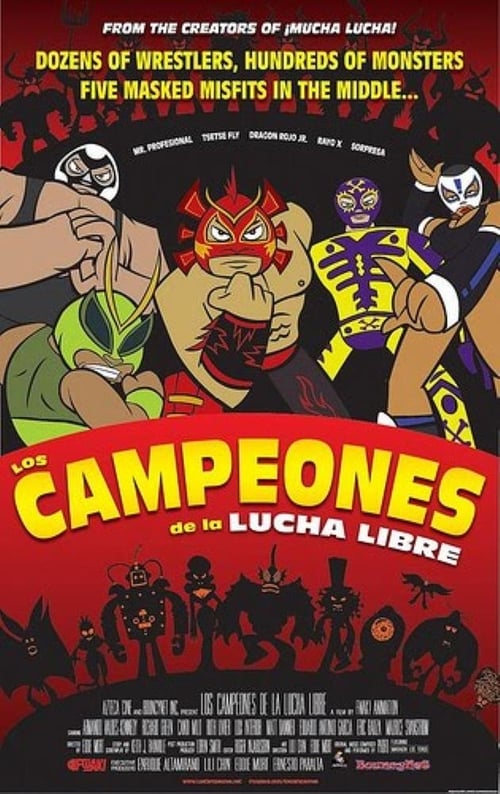 Dragon Rojo Jr., Mr. Profesional, ¡Sorpresa!, Rayo X and TseTse Fly are five friends who, with their fabulous wrestling skills, try to defend in the ring a village being attacked by a group of monstrous rudos (bad guy wrestlers) under the leadership of Rey Extremo. By the creators of ¡Mucha Lucha!

In our terrestrial view of things, the speed of light seems incredibly fast. But as soon as you view it against the vast distances of the universe, it's unfortunately very slow. This animation illustrates, in realtime, the journey of a photon of light emitted from the surface of the sun and traveling across a portion of the solar system, from a human perspective. Liberties were taken with certain things like the alignment of planets and asteroids, as well as ignoring the laws of relativity concerning what a photon actually "sees" or how time is experienced at the speed of light, but overall the size and distances of all the objects were kept as accurate as possible. It was also decided to end the animation just past Jupiter to keep the running length below an hour. 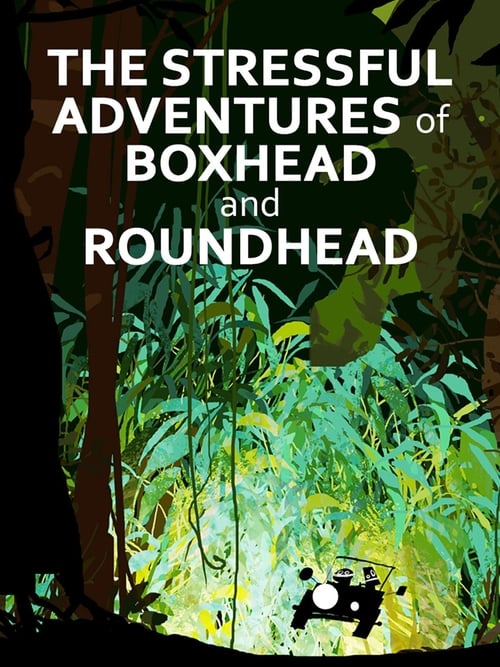 After their home is destroyed, Boxhead & Roundhead must head to the big city to battle red tape, rent, rats and the rat race to get it back. Art and industry, friendship and foul play are all in the mix in this, the first feature length Boxhead & Roundhead stressful adventure. 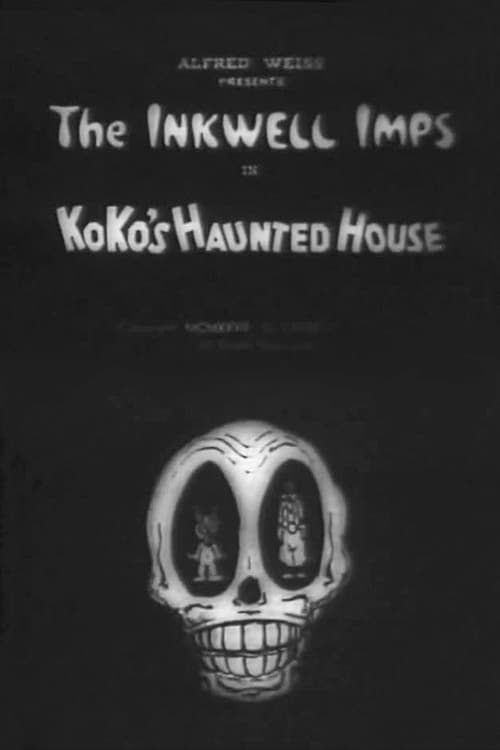 A friend of KoKo's animator draws a haunted house, and KoKo and his dog Fitz go inside. There, they encounter frightening hallways where every door leads to a new spook.

The film is divided into fifteen chapters. Each chapter has a topic of its own and develops a unique visual style. All parts are connected by a certain theme: the conjunctive concept of the film is the idea of universal transformation and movement, which is represented in the animals. The artists follow the surrealist credo that everything is linked with everything else in a hidden way. The only way to uncover these links is art. With its irresistible synthetic dynamics, the film reveals these secret connections.

The sponsors enlist Ranger Smith to throw a surprise party for Yogi Bear. Good luck keeping it a surprise! Yogi can smell a birthday cake miles away.

Welcome to Kippernium, a beautiful kingdom where you will find Jester, Pepper, Rake, Smithy and, of course, Jane and her lovable best friend Dragon continuing their outrageous adventures. As seen on NBC and loved by millions,young and old, around the world, Jane And The Dragon translates the wonderful stories of Martin Baynton s best-selling children s books into an astonishing world of 3D animation by WetaWorkshop (The Lord Of The Rings, King Kong) in their spellbinding animated television debut. 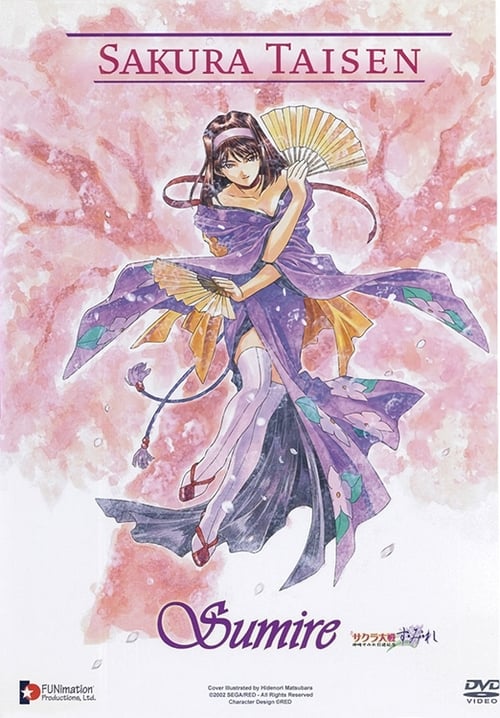 For years the defence and safety of the Imperial city rested on the shoulders of Sumire Kanzaki of the Flower Troupe. But this, as with all things, must fade away. As the top star of the Imperial Operetta Company, Sumire was the power and the light from which her comrades drew their own strength and resolve. It was through her that the Flower Troupe found their courage... and through her that many happy memories were made. Now the curtain rises for one final performance as the star that once shined so brightly to grow faint. As the spotlight dims on one legend, another must come center stage. 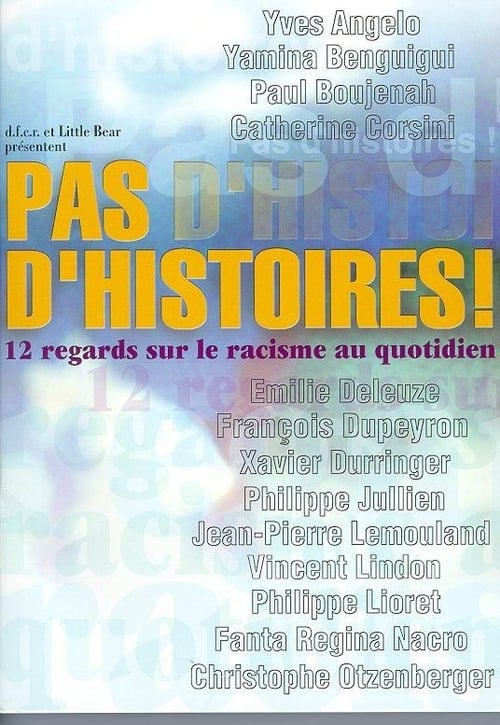 Twelve short stories about racism in every day life 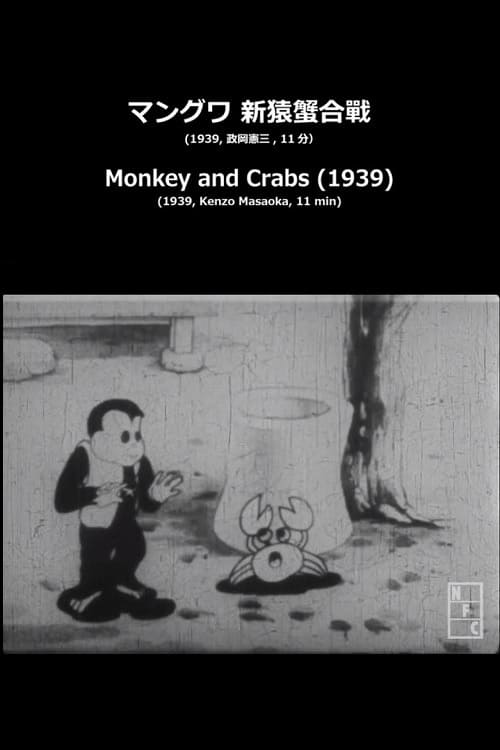 Chestnuts, bees, and a mortar join forces to punish a villainous monkey.

Maggie and Sam have finally saved enough money to be able to pay off the mortgage on their home, and Maggie warns Sam to be careful on his way to the bank. Sam immediately runs into a shady character who offers many ways for Sam to lose his money, but Sam resists them all until he is offered a talking dog. San, figuring a talking dog is a way to get rich immediately buys it. He has many rejections before he can get the dog a booking at a theatre. Before the dog can exhibit his skills, a cat shows up and ruins the act. Maggie and Sam lose their home, and Sam ends up in the dog house, with a talking dog as his companion. 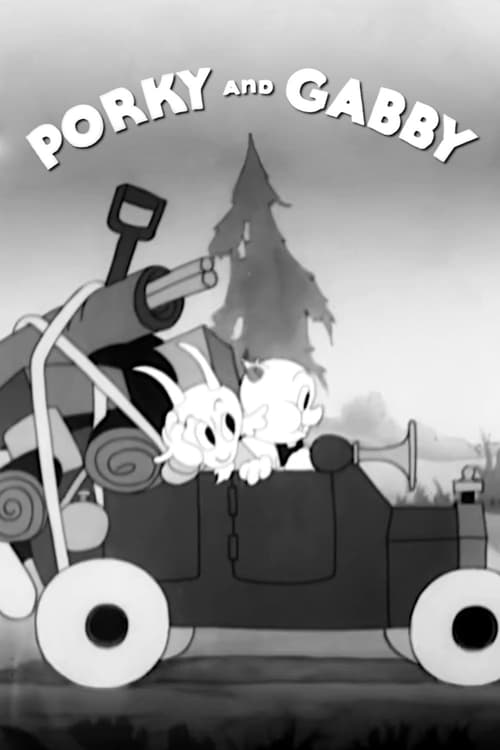